We do this from the muscle, for job SECURITY we hustle

A HISTORY FIGHTING FOR SECURITY OFFICERS 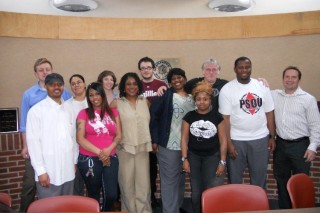 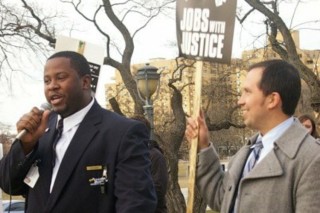 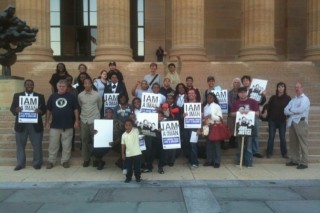 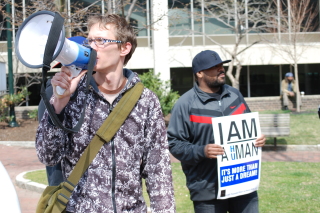 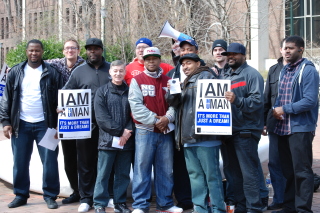 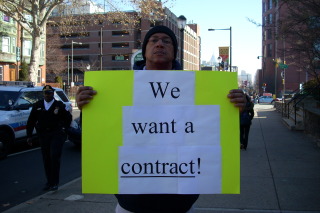 The next year saw the PSOU fight for its first-ever collective bargaining agreement. Motivated by then–Philadelphia Councilman Wilson Goode Jr.’s proposal of a living wage of $10.88 per hour (150% of minimum wage), the PSOU made $10.88 its mantra and its cause. The security officers at the PMA were making $10.03 per hour, and many of them had worked at the PMA since it was under the control of the City, where they earned a great deal more. After a year of difficult negotiations — highlighted by meetings and rallies in City Council Chambers, rallies around and in the PMA, and a return to grassroots organizing — on April 7, 2011, the PSOU reached a tentative agreement with AlliedBarton for its very first collective bargaining agreement. The agreement was later ratified by the membership, and went into effect on April 29, 2011, just two days before May Day — International Workers’ Rights Day. 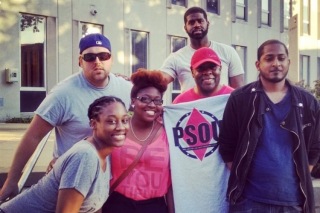 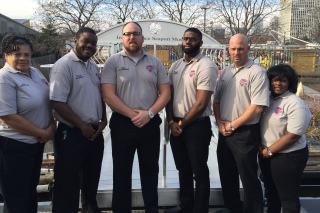 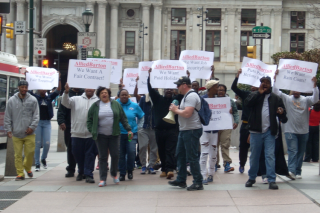 Following the ratification of the agreement at the PMA, in May 2011, the PSOU held its first nominations meeting for Union officers. Donald Lindsay, Cecilia Lynch, and Sulaiman Kamara had served as interim officers while the Union continued through its creation period. After the nominations process, and an election on July 18, 2011, the membership elected Dynitta Bryant, President; Lashan Stewart, Vice President; Nicole Ray, Secretary; and Sulaiman Kamara as the union treasurer.

Returning to its roots at the University of Pennsylvania, on March 1, 2012, the PSOU filed a representation petition with the NLRB seeking to represent the security officers at UPenn. On April 11 and 12, 2012, the UPenn security officers voted 72 to 2 to be represented by the PSOU. Once more faced with difficult negotiations with AlliedBarton, the PSOU worked diligently to negotiate a contract that went into effect May 1, 2013, and saw security officers increasing their pay by $1.35 per hour.

On July 17, 2014, after the PSOU filed a petition with the NLRB, the security officers employed at the University City District voted 38 to two to be represented by the PSOU. The Union again engaged AlliedBarton in difficult negotiations, but was able to attain hourly wage increases of $1.62, including $1.12 in the first year of the contract.

The PSOU has remained true to its roots, and still works as a rank-and-file union for security officers.

Start the discussion today. Meet with one of our specialists to learn more.

Get notified about upcoming meetings, current affiars, promotions & initiatives, events, and more. We promise we won't spam your inbox or send out excessive emails!

The Philadelphia Security Officers Union (PSOU) is a grassroots, worker lead, non-profit organization that is certified by the NLRB to represent security professionals nationwide.